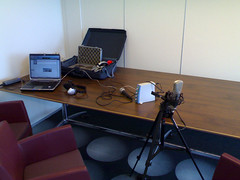 During the last half of 2013, Ben W. Savage conducted The Indie Interview Series “to inspire those who are considering game development” as well as those game developers looking for practical advice.

He asked the same series of questions of everyone, and prominent indies such as Christer “McFunkypants” Kaitila and Chevy Ray “Chevy Ray” Johnston spent anywhere from five minutes to a quarter of an hour answering. The topics ranged from how to get started in the game industry to who were major influences and what are major mistakes new developers make.

These are bite-sized nuggets of wisdom, and I wish there were more.

What’s your favorite interview? Did any of the answers resonate with you?