Today’s market is incredibly competitive. With so many platforms and environments, there are multiple alternatives for customers to choose from.

It’s no longer possible to stand out by blogging about the struggle to be an indie game developer. With social media such as Twitter, Facebook, and Google Plus, and blogging platforms such as WordPress, Blogger, Tumblr, and Medium, with millions of authors using them, how is any one indie supposed to reach an audience of players to let them know how difficult it has been to tweak a piece of their homemade game engine to produce a sound effect when an animation plays for the last week?

A good, catchy, and modern business name is how.

My current business name, GBGames, is boring. It doesn’t give off the vibe of a popular Internet company at all. Who would want to read about how my particle effects engine is almost done or that I can now do a neat fade-to-black effect when transitioning between levels I haven’t made yet for my game project?

I wouldn’t blame anyone for ignoring a poorly-named company’s blog.

And so it is with great pleasure that I announce GBGames.ly. 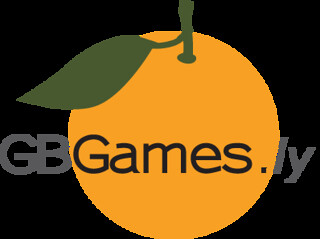 Adding that -ly means that GBGames.ly will ride a trending wave of startups and businesses, allowing me to rise above the other indie game developers writing about how hard it is to come up with a good game idea.

GBGames is tired and worn. GBGames.ly is hip and modern.

It’s an exciting time, and I am happy for you to join me as I transition into this newer, more contemporary GBGames.ly.

I’ll update the logos on the rest of my website when I get some time. I’ve been really busy here trying to get double-clicking to work in my game engine, although I think that I might start over with a new engine because I learned a lot while writing this code, and I know I can do it a lot more efficiently.

One reply on “GBGames Will Forever Be Known As GBGames.ly”

I’m so glad you’re finally getting with the times on this. For months I’ve been trying to read your blog and finding it lacked that certain something.ly
Fondly.ly,
Kelli.ly