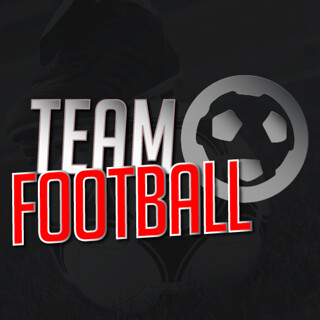 With the World Cup happening this month, there are bound to be some soccer games made to take advantage of the attention it brings. While most will be terrible, and many will be nothing more than “swipe to take a penalty kick” games, a few will be good.

Of course, without the official FIFA license that EA has locked in until 2022, even good soccer games will have a hard time getting noticed without something unique to offer, such as zombies or combat or familiar faces such as Nintendo’s Mario or Capcom’s Mega Man. Otherwise, it seems only Konami has a serious contender in terms of official licenses. It probably isn’t likely that other publishers, let alone independent game developers, will be able to negotiate a deal to offer any official content in their own games.

No one told indie studio Team Football, who managed to secure the official license to England national team for their game Official England Football (which is only available in England). The small startup also managed to work out a licensing deal with France, Japan, China, and Brazil, and Official Brazil Soccer is supposed to be available around the world, although I couldn’t find it at the time of this writing on my Android tablet.

Many aspiring indie developers start out realizing that games don’t appear fully-formed, that someone had to make the games in the first place, which means it is possible that they can make games. Suddenly, they are excited by the possibility, and some get burned when they bite off more than they can chew.

Eventually, they stop deluding themselves into thinking they can make the the best MMO RPG/FPS/RTS EVAH! They internalize the lesson that they need to be “realistic.” The common advice is to cut down on your scope, to recognize that you can only do so much by yourself and with your limited resources.

But being realistic is also a good way to sell yourself short. You may have the capability to achieve something fantastic, but if you assume you can only accomplish something mediocre, you’ll stop before you should.

Granted, some indies have access to different levels of resources. Some managed to save up hundreds of thousands of dollars, others inherited, some borrowed, some are leveraging income from their day jobs, and some are struggling to make ends meet. Some have a team of talented individuals, others toil away in solitude.

Team Football benefited from Birmingham’s Entrepreneurs for the Future incubator, funding from Creative England, and some good contacts in the industry.

But they showed what’s possible if you go out and chase after what you want. An indie game development studio with official licenses for their sports games is able to stand out among the crowd, and in a heavily-saturated market, getting that attention is precious.

Are you setting supposedly-realistic expectations for yourself, or are you imagining what’s really possible?