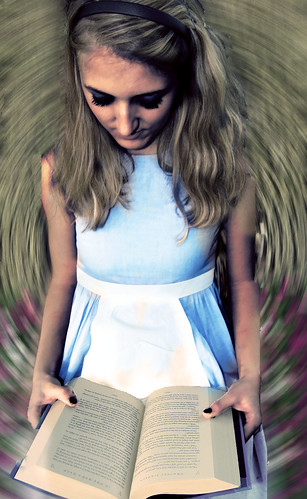 I recently came across this fantastic TEDx talk from June 2014 by Mac Barnett, an award-winning author of children’s books. Somehow, he managed to share some behind-the-scenes secrets for crafting experiences without ruining what makes those experiences feel so amazing.

Why a Good Book Is a Secret Door:

He talked about how art or fiction can take us to a place where we simultaneously know that what we are experiencing is not real yet believe it anyway.

I’m going to call it wonder. It’s what Coleridge called the willing suspension of disbelief or poetic faith, for those moments where a story, no matter how strange, has some semblance of the truth, and then you’re able to believe it. It’s not just kids who can get there. Adults can too, and we get there when we read.

There are some books from my childhood that stuck with me, and I still have them on my shelf. Aliens for Breakfast by Jonathan Era and Stephanie Spinner is the story of a boy who finds out he has mere days to save the world from the evil alien disguised as the charismatic new kid in his class. It’s about 60 pages long, but it was filled with strange ideas, like aliens traveling through freeze-dried cereal boxes, mixed in with familiar ones, such as dealing with the complex social interactions of childhood.

I loved every minute of reading it, and while I don’t remember much about the made-for-TV movie version starring Sinbad and Ben Savage, I just found out that the sequels Aliens for Lunch and Aliens for Dinner exist, so I’ll be right back.

As a grown-up now, I have other books that appeal to my sense of wonder. I just finished inhaling The Martian by Andy Weir faster than any Harry Potter book, which is about a man who finds himself stranded on Mars after his crew aborts a mission and leaves him behind because they thought he was dead. Things I take for granted, like being able to step outside without worrying about how much oxygen I have or whether I’ll be able to find food, the protagonist Mark Watney has to work to come up with ingenious ways using the limited resources he has. It’s not like he can have NASA beam him freeze-dried cereal. And if he makes a mistake, he’s dead. Mars is a harsh place.

A place I’ll probably never visit, so it is amazing to live vicariously through someone who did, even though he never existed.

Barnett went on to say that children get to the wonder a lot easier than adults do.

I’ll agree with my limited experience. My young nieces are the best audiences for my incredibly amateur magic shows. I can make a coin disappear, and even if they can see that it fell into my sleeve, they still aren’t sure if they did, especially when coins pop out from behind their ears.

I want to create that experience with games. I want children to play my games and think about what’s possible in a world they think they know.

Just as I thought about what would happen if the dinosaur at the museum came to life and became a pet for a day, or if it actually rained meatballs and hamburgers from the sky, or if my teachers were actually aliens ready to flunk the planet, I want my nieces to have that same sense of wonder.

Games can definitely do it.

I found it very compelling when Samus Aran lost her suit’s powers early on in Metroid Prime, forcing her to continue her mission without them. I liked how Ness was just a kid when he discovered something strange about that meteorite in Earthbound and had to save the world while also remembering to call his family regularly. Spiderweb Software‘s Geneforge and Avernum series tended to put you in the role of a character who discovers pieces of the truth about the world and must make important decisions about loyalties and goals.

A lot of my favorite games involved a protagonist who suddenly finds himself in the middle of a new situation and needs to figure a way out: The Illusion of Gaia, Chrono Trigger, Homeworld: Cataclysm, Don’t Starve, and yes, even E.T. for the Atari 2600. Beyond the idea of facing a challenge, these are characters who tend to find themselves suddenly confronted with a challenge when they were otherwise living their lives. The challenges intruded on them, and they had to step up and respond.

I want the games I create to put my nieces in the middle of fantastic and surprising experiences, figuring out what to do without limiting themselves to what they think is currently possible. I want them to finish a play session and have it stick with them in the real world.

It would be a fun way to prepare them for their weekend trips to Mars at the very least.