This week’s exercise: try to think of a game with no rules.

One key aspect of games is that they involve rules. These rules must be agreed to by all players. 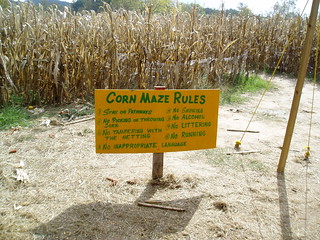 If you are playing Go Fish and refuse to give away your ace of spades even though another player asked if you had any aces, you are no longer playing Go Fish.

In basketball, you increase your score by putting the ball through the hoop from above.

However, you can’t stand on a ladder, moving the ball through the hoop constantly and rack up the points quickly.

Game rules describe what game objects exist, such as a basketball or a deck of cards, and also limit behavior. A golf ball is easy to put into a hole if you use your hands, but to play the actual game of golf, you need to agree that you’ll try to get the ball in the hole by hitting it with a club, which requires a lot more skill.

So, can a game have no rules?

Some games allow for more activity than others. Some games specify exactly how the players may act, such as describing how a knight may be moved in chess, others allow for more by not restricting actions. Basketball doesn’t require that you throw the ball into the basket to score. It simply specifies that the ball “enters the basket from above and remains within or passes through the basket.” So dunking the ball is just as valid a method as throwing it in terms of scoring, and while dunking is specified in the rules, it doesn’t necessarily have to be.

Games are varied, and some games are definitely more freeform than others. A game such as Fluxx actively modifies the rules as part of the rules of the game, but there are still rules.

Some games have hidden rules, such as the game of Mao, and part of the game is using inductive reasoning to learn how to play. By the way, playing with people who know two different variants but think they are playing the same version of the game is NOT FUN.

But a game with no rules? How would that work?

Even The Game (by the way, you just lost it) has rules.

A game without rules ceases to be a game. One can’t play such a game because participation is indistinguishable from living your life.

Next week, I’ll compare conflict in a few games.

War has no rules. Whether it qualifies as a game is debatable. Maybe love is another example.

It’s interesting because both are, as you wrote, “indistinguishable from living your life” 🙂